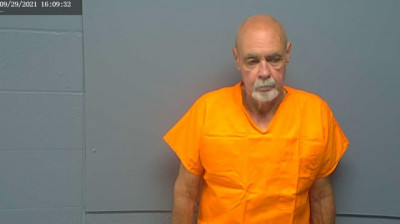 On September 19, 2021, the Tangipahoa Parish Sheriff's Office detectives began investigating the theft of a John Deere "Compact Track Loader" piece of machinery valued at approximately $80,000. Detectives identified 74 year old Murphy Martin of Loranger, La as a suspect in the case.

Martin refused to cooperate during the investigation and was taken into custody in McComb, Ms on September 25, 2021. After being taken into custody, Martin continued to provide false information to detectives on the whereabouts of the stolen equipment.
Martin was later booked into the Tangipahoa Parish Jail for violations of a Theft of a Motor Vehicle, Obstruction of Justice, and Illegal Possession of Stolen Things.

On September 21, 2021, detectives received information from an anonymous caller on the location of the missing John Deere. Detectives located the machinery in Springfield, La and secured them for return to the registered owner.