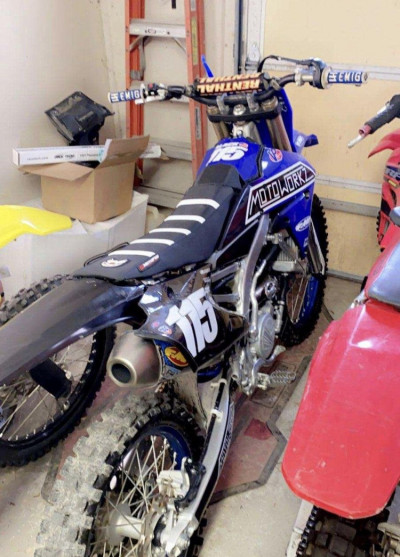 On October 19, 2021, Tangipahoa Parish Sheriff’s Office Criminal Investigations Division began an investigation regarding a theft of two motor bikes, a yellow 2012 Suzuki RMZ450, and a blue 2018 Yamaha YZ250, that took place in the Hammond area.

Chief Jimmy Travis reports that during the course of this investigation, Detectives learned Steven Newsome (B/M DOB 09/20/2001) of Tangipahoa, and Cedric Brumfield Jr (B/M DOB 07/13/2002) of Kentwood were responsible for this theft. Late in the evening of October 19, 2021, Steven Newsome was taken into custody and subsequently charged with two counts possession of stolen things, two counts auto theft, and one illegal entry into an inhabited dwelling. At the time of his arrest, Newsome was currently on probation for auto theft, and aggravated assault with a firearm. Steven Newsome is a suspect in several other open cases regarding theft in the area.

On October 20, 2021, Cedric Brumfield was taken into custody and subsequently charged with two counts of auto theft. As the investigation continued the 2012 Suzuki RMZ450 was located in a wooded area adjacent to a residence Newsome was known to frequent.

This is an ongoing investigation and if you have information regarding this theft, the location of the 2018 Yamaha YZ250 or have purchased items from either of these persons please call The Crime Stoppers of Tangipahoa’s Anonymous Tip Line at 1-800-554-5245 or visit www.tangicrimestoppers.com and click on the P3 Tips.

Detective Foster is the lead investigator on this case and can be reached at 985-902-2035.

Every person accused of any crime is considered innocent until proven guilty.